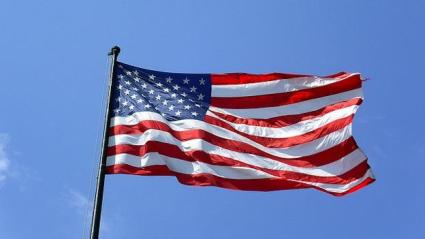 With the birth of our nation’s independence being celebrated this week, the subject of freedom comes to mind. Other things come to mind as well, some troubling. We are living in a very complex world, with many competing beliefs which may divide us.

One of the beliefs that can divide us is the recent concerns of evil and racism, with the murder of nine black people in Charleston. That horrific event has spawned the concerns about the confederate flag, and what that flag represents to people on both sides of the issue. I do not propose to know the right thing to do about the confederate flag as a country or even for the state of South Carolina. As a private citizen with no governmental accountability, I am not required to even debate the issue. But as one with a business committed to leadership, it is my responsibility to be thoughtful about these issues, and do all that I can to provide helpful information to others.   Is it helpful to have a symbol so divisive due to the very negative time in our nation’s history it represents to many people, waving above a governmental building in any state? I do understand the position of those who want to keep that flag waving because of its historical significance. Does the confederate flag’s historical significance warrant allowing that symbol to continue to polarize large groups of people? Is it possible that keeping that history alive contributes to keeping the hatred that such represents alive as well? Should we as a loving people choose to do anything that is a barrier to moving past that negative time in our history? Is it possible for us to have the freedom to choose to put that part of our history behind us in a tangible way by removing the confederate flag from all governmental buildings? And can we discuss this without attacking others with a different opinion?

The recent Supreme Court decision regarding marriage of same sex couples has created another area of polarized opinion. Much of this polarization is being played out on Facebook, and in a very mean spirited way. This is a very complex issue, with religious as well as legal beliefs involved. While we all should have the freedom to have our own opinion about this, too many people are attacking others for their beliefs. As a nation built on freedom, as individuals we do not lose our right to believe differently than others, even when laws change. As I think about this freedom I am reminded of something my daughter Tara said to me years ago. I was “ranting and raving” (as I still can do!) about something political, to which she replied, “Mom, don’t complain to me about it! If you want it changed, run for political office, and be a part of the legislative process that can make it happen!” She was wise beyond her years, for that is how many things change in our country, through the legislative process. Too many times all I do is complain about those things with which I disagree, and don’t take action in ways that I could to try to be a part of creating positive change. And the tag line of my business is “Inspiring Positive Change in Work, Life and Family! While I (and you) can do some things as private citizens, major social changes happen at some point through the legislative process.   Being a part of electing legislators who will work tirelessly to pass legislation to make changes consistent with what we believe is best for our country and its citizens is one action we can take as private citizens. And the fact that some have done so, and done so quite effectively, is one reason we are experiencing major social change. So, regardless of what we think about these changes, can we be civil to each other? Do we not value our freedom to have different beliefs and to work together peacefully? If not, is it too far out to imagine that even more evil can come our way? We have graphic examples, past and present, of the failure of some societies to respect the rights of others, failures that have resulted in terrible outcomes, so terrible that I can’t even write the words. I shudder to even think about the possibilities.

When freedom rings, there will be decisions with which we will agree, and those which we strongly oppose. I urge us all to represent our opinions with civility and respect. If not, do we really believe in freedom after all, or only those freedoms with which we agree?

May your July 4th holiday be safe, fun, and mindful.

Patti Fralix inspires positive change in work, life, and family through Speaking, Consulting, and Coaching in three specialty areas: Leadership, Managing Differences, and Customer Service. Her leadership firm, The Fralix Group, Inc., has been helping clients achieve practical and tangible results for twenty-two years.
View all posts by Patti Fralix →
This entry was posted in Relationships. Bookmark the permalink.