New Behaviors of a Recovering Spendaholic 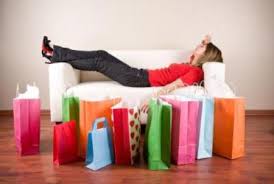 Perhaps you have heard the phrases, “little things mean a lot” and “less is more.”  That is certainly true about some of my life lessons these last few years.  When I stopped spending for an entire year soon after Hurricane Katrina, in 2006, the lessons I learned were translated into (what I hope will be) life- long behaviors.   The words in that last sentence, “what I hope will be” are very intentional.  While I considered writing, “what will be” instead of “what I hope will be,” I remembered  so many other declarations/promises that I have made to myself and announced to others in the past, that, unfortunately, were not kept. While I hope these will be different, I know from experience that promises are much easier to keep than disciplines.

The first lesson learned was one that I had expected, specifically that it is not possible to change a very deeply ingrained habit in 30, 60, or even 90 days.  But could such change be realized in a year?  Most definitely!  Habits die hard, and the more deeply ingrained they are, the harder it is to “kill” them.

The plan of my year of not spending was basically this: not buying anything for myself or my house, other than “disposables” that needed to be replaced, such as toiletries and makeup.  Regarding the “allowed” disposables, they had to be products I was already using, nothing new, with the philosophy being, if I wasn’t using it already, I didn’t need it.

The main goal of the plan was to change my spendaholic behavior, in essence, to spend less, and much more mindfully.  Since spendaholic behavior is an addiction, not just a habit, I believe that I will forever be in “recovery.” I am, however, pleased with much of my progress, and hope the lessons learned will be of benefit to others.

I have always been an impulsive shopper.  Yes, I have things in my closet that I bought years ago that I have never worn, with the tags still on. Those were impulsive and wasteful purchases.  There are many less of those these days.  One change that I made to reduce impulsive buys is to walk away, knowing that if I really want the item, it will likely be there later, and I can buy it then if the urge to buy it is still present.  If the item is one of a kind, this is not necessarily true.  In those cases, I consider the “need” for the item, and most times, there is no “need” at all, but a “want.”  Oh, I should also mention that the difference is “needs” and “wants” is much clearer now.

Another aspect of conquering impulsivity and wasteful spending is delaying gratification, something with which I have always struggled.  One change I made the year of non- spending was to force myself to wait when making a purchase that was not necessary.  An example is buying a beverage such as iced tea or diet coke when I am thirsty, when I am thirty minutes away from home.   Now I not only wait and avoid that purchase, I often take my beverage with me.  Do you realize how much can be saved by not purchasing beverages? Usually, a savings of two to three dollars is achieved each time a beverage purchase is avoided.  Now that I am focused on spending less, I look for ways to spend less that are not too painful, and this change is an example of that.

My year of non-spending taught me that a lot of the money that I spent unnecessarily was spent on eating out, and it also taught me why I spent so much money in that area.  While I still enjoy meals at a nice restaurant, I now save a lot of money by not purchasing food items for snacks or lunch just because I did not take the time to plan ahead.  When I am out and do need to purchase food for lunch, I often take it to go, avoiding the cost of service that would be incurred by eating in, as well as the beverage cost.  Each time this choice is made, a savings of at least five dollars is realized.  I am not making these decisions to be ridiculously frugal, or one might even say, “cheap,” but to save in ways that make a significant difference over time.

Now I have not conquered the impulsivity and wasteful spending problem completely.  I bought a linen top on a trip last year.  I did wear it once , but I have not worn it again.  A couple of times lately I have put it on, did not like how it looked, and took it off.  It looked the same that it did when I bought it; I just failed to pay attention to one of its features, sleeves that are too feminine, which is a style that I do not like on me.  I am likely not going to wear it again.  Wasteful?  Of course.

One change we need in our world is to conserve precious resources.  Reducing impulsive and wasteful spending can be a beginning.

I “journaled the journey” of my year of no spending, to get in touch with my emotions about these changes, as well as to record my actions and experiences.  When the year ended and 2007 began, my plan was to turn the journal into a book.  I finished the writing, for the most part, but did not complete the book.  This is not unusual for me.  My first book, How to Thrive in Spite of Mess, Stress and Less! was written over several years, and not published until 2002.

I am glad to say that A Year in the Life of a Recovering Spendaholic is now in publication, and will be released mid January of 2017.  Yes, ten years later, but not too late.  The message is timeless.

1 Response to New Behaviors of a Recovering Spendaholic