Is Service Getting Worse Everywhere, or Just with Me? 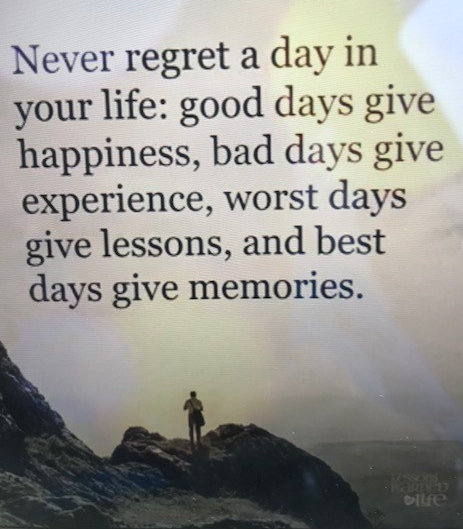 Our water service is with Aqua, and it has been poor for years, with many people in our area having brown water fairly regularly.  And the rates keep going up. Now the quality of the service and the service, in general, is even worse. Just a few details to explain.

In January, we had a major water leakage that was finally determined to be the result of a problem with the water meter, for which Aqua accepted responsibility. In early March, a major leak was discovered again, and our water bill from that time period was astronomical. Aqua decided that this leak was our responsibility.  I will not go into all of the details, but I have spent so much time on the phone with different Aqua service providers that if I calculated the value of my time, I would have stopped the phone calls after the first one.

Aqua finally told us that we should fill out a Leak Adjustment Form and they would consider an adjustment to our more than $600 water bill.  We submitted the form.  We were also told that our account was on hold for payment while this was in process and that our automatic payments were suspended during this time. A few days after we were told that we received a disconnection notice! I called about that and was told to ignore that notice, that it was sent automatically! Why would their systems not all have the same accurate information?  I was also told again that our payments were suspended indefinitely during this time. A few days later $663 was drafted from our checking account! I am too frustrated even reliving this by writing it to tell the rest of this story! Instead, I will describe a problem with another utility.

We arrived home last night from being away for more than a week to no cable service. After spending more than thirty minutes of valuable time with the technician on the phone troubleshooting the problem, he said it would be necessary for a technician to come out to diagnose and fix the problem. (Why is it not obvious earlier if a problem can be fixed remotely?) The technician on the phone scheduled the service call for today from 4-5pm.

I was in the pedicure chair about an hour before the cable service call was scheduled when I received two roto calls from Spectrum.  The first call asked me to confirm the service that was scheduled today from 4-5pm, which I did. The next call came a few minutes later, saying the technician Chad was on his way.  Since my pedicure was still in process, I decided to call the number back that had just called me twice and inquire about how long it would take Chad to arrive at our house.  I was only five minutes away but did not want to miss him.  The person I spoke with at the same number that had called me twice had no record of a work order for my service call!  After about thirty minutes of conversation, it was obvious that there would not be a service call at our house anytime today! I was offered a $20 discount off of our bill for our inconvenience, and more apologies than I needed, which did nothing to calm me down.  The Spectrum person had no idea how this had happened and offered to escalate our case, and someone would be out tomorrow evening!  Amazing! And $20?!

Mike has wanted to change our cable/internet/phone service for months, concerned that the bill keeps going up.  Since we have not had an outage in months, I have not wanted to go through the hassle of changing. But now I am more than ready. I have no idea if AT&T will be any better, but I am willing to give them a chance.  I have decided that the only way large companies change and provide service is when not doing so hits their balance sheet.  I am only one account, and my actions may not change anything for Spectrum, but I do not want to do business with them any longer.  They have wasted my time and my money, and wasting my time IS wasting my money! So, I am willing to spend my time by doing whatever it takes to get better service, and hopefully a better price, or at least a comparable one.

These are not all of the examples of poor service I have experienced recently.  I am over it, however, and cannot write more and stay in this negative cycle any longer tonight.  For there is something more important that I need to do.

Our beloved friend John Barber, without whom life and we will never be the same.

I need to call our friend Nancy whose husband (and our good friend) John died a few days ago. That is more important than worrying about this petty stuff, as annoying and inconvenient as it is.

2 Responses to Is Service Getting Worse Everywhere, or Just with Me?