More Seeing and Being than Doing

Looking out at New York from 33 floors high

When the week was in front of me, I wondered what I would do with all of the time.  I should not have worried. There was plenty to NOT do.

Mike and I were in New York for a week.  Mike was on business most of that time. I went along because I had the time to do so. Still, I was not sure what I would do with all of the time. I did have plenty of writing to do, especially since I am working on a deadline for my Living Through Hurricane Irma in St. Maarten book due to my publisher mid-July. But once in the city, I was not able to spend concentrated time sitting inside writing. There was just too much to see; more to see than to do. In fact, I did very little other than walk for hours each day and take in the magnitude of the sights.

One of New York’s most famous landmarks, St. Patrick’s Cathedral

I did not shop much; surprise, surprise to those who know me! I did not go to any museums, and there are, of course, many. I did not go to any plays, and there are some that I want to see.  But those are for another time. We did not even visit any of the historical sights. We have been to many of those on other visits. This time was for walking the city hour after hour, reveling in the variety of this melting pot, and clearing my mind. For spending too much time doing prevents us from seeing and being.  For whatever reason, and I am not even sure why, this trip was for just seeing and being, not doing. 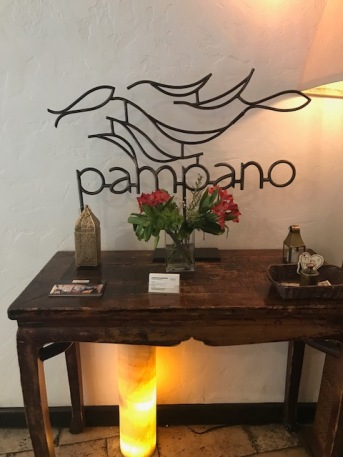 One of our favorite new restaurants 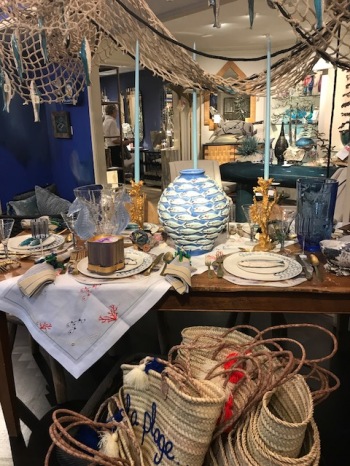 One of many (expensive) visual feasts at another of my favorite stores, Bergdorf Goodman.

What did I see? People, people everywhere. This being the summer, there were many young people and tour groups everywhere. Still, it did not seem as crowded as it is during November and December when the city is decorated for the holidays. Unlike those times when one cannot find any space between people on the streets, the crowds were manageable. Also, there are numerous places to sit along the streets, just to take a break, or to sit down and eat. Just when I thought I couldn’t walk anymore, one of those seats would appear.

One of the many beautiful, comfortable, and free seating areas in the city. 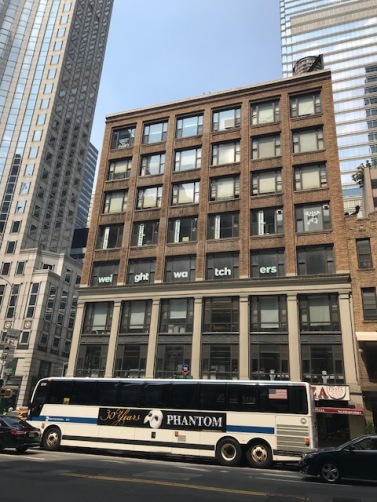 There are flowers everywhere, lots and lots of blooming flowers. And then there is the beauty of the buildings. No, New York isn’t Paris. I can still remember how awestruck I was when I first saw the architecture of Paris. The buildings of New York are much more varied in architecture.  While some are old and show their age not so gracefully, right beside those are modern skyscrapers. The variety of the architecture of New York matches the variety of the people. The phrase “melting pot” is more than a phrase, it is present in so many ways. Certainly, there are areas of New York that are more homogenous, such as Park Avenue, but there are many other areas that are a true smorgasbord.

One of the many skyscrapers

Fashion abounds in NYC.  Note the asymmetrical hem of the pants.

What was involved in my “being” during this time?  First, I gave myself permission each day to just be, not to do. I had a very flexible schedule, to the point of some days having no schedule.  I started my days with coffee and the Today Show, which is no different than many days at home. I knew that I wanted to walk at least 10,000 steps most days, and I wanted to take my time doing so, to protect my ailing hip.  So, I started walking before noon each day, and walked and walked and walked. I stopped in the afternoon for a cappuccino and sat and people watched for a while. I then resumed walking, stopping in a few stores along the way, especially in book stores. I did not know until this trip that Amazon has physical bookstores, which I discovered on one of my walks. (Ok, maybe I should have known that, but I didn’t!) I did not usually purchase anything in the stores I visited while on my walk since I did not want to carry anything while walking. Friends know that Saks Fifth Avenue is my favorite store and will be amazed to know that it was on my seventh day in the city that I first went into Saks! And I left without purchasing anything. 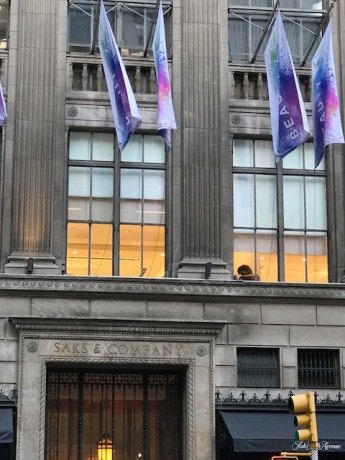 When I finally made it to my favorite store, I saw many changes. A lesson for those of us who sometimes resist change. 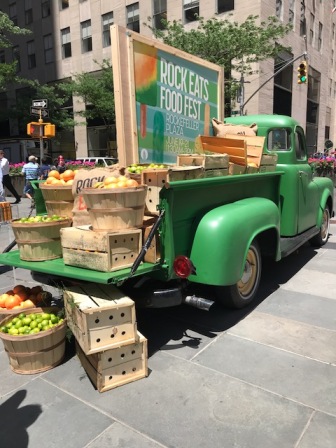 In a city the size and complexity of New York, there are surprises found everywhere. Yesterday I discovered one of those in Rockefeller Center, the Rock Eats Food Fest, a foodie’s delight. In addition to the beautiful food stalls selling scrumptious smelling food and drink, there was live classical music being played. A feast for the senses. 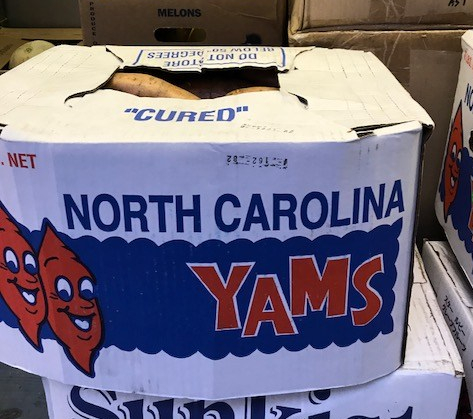 At the market next to our hotel, a memory of home!

There is more, but not more time. I am late for my daily walk. The city is calling.

2 Responses to More Seeing and Being than Doing