Change and a Wet Baby

Our world is constantly changing. One change that we experience is the availability of new services, even services that we may not be aware that we might want or need until we use them. I experienced one of those recently, and think I am probably not the only one who may not be knowledgeable about this. The service I am referring to is Instacart. If you are younger than the Baby Boomer generation, you are probably already aware of this, and even use it if you cook for a family. The fact that I was unaware of this and needed a younger person to educate me on it is because I am of the Baby Boomer generation.

Instacart is a grocery delivery service. One pays an annual fee which is currently $99, and for that is able to have groceries delivered from many grocery stores within a two-hour time window, and usually sooner. The only additional cost is a tip, which is at the purchaser’s discretion. The order is placed online. The member has unlimited deliveries included in the annual membership fee, as long as the grocery order is at least $35.

I learned of this service recently from our oldest daughter, who is a member. Your membership travels with you, which is a nice feature. I had first learned of Instacart while visiting her in Georgia a few weeks ago when she ordered groceries there. This week when she was home in Raleigh and offered to cook dinner, she ordered the groceries from Instacart. We have two grocery stores within a mile from our home, so I would have thought ordering groceries online and having them delivered was unnecessary, until I saw how easy it was, and considered it in more detail.

These precious grandchildren, Drew and Virginia, are growing and changing so much!

I can envision that instead of costing one money, the $99 annual membership fee plus tip, online ordering and grocery delivery could actually save money by avoiding impulse buying. And since time is money, the time going to the grocery store can best be spent elsewhere, even making money if that time is converted to doing so. Another cost of driving to the grocery store is the gas needed to get there, even those close by. And some would also mention (especially the younger generations who often mention this) the negative impact on the environment of driving.

I have asked some of my generation if they use Instacart, or are even aware of it, and most have some knowledge of it, but do not use it. This may be because it is new and hasn’t yet been experienced. I can see that I could be a convert. While I love to cook, I do not enjoy grocery shopping, unless I have unlimited time, which isn’t very often. The drawback to me in using Instacart will be the online ordering, which once I do it a few times, will no longer be an issue. 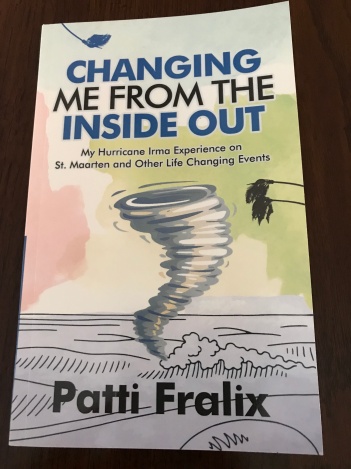 The most important change to make.

I asked my daughter why she thinks many in her generation use Instacart, and she said so they do not have to talk to or deal with people! I was at first shocked by her answer until I considered other examples of what might be this same thing. What about self-checkout? That is another example of not having to deal with or talk to people! I have resisted using self-checkout, preferring to wait in line to deal with the automated machine that I see others often have to ask for help in using. But this is another example of change. Now that I have used self-checkout a few times, I am more comfortable with it and sometimes use it instead of waiting in line.

Back to the issue of not having to talk to or deal with people. I suppose that could be one of the reasons that some people, maybe our adult children, do not call us often, or even answer our texts until they need something! They grew up with technology, and use it to their advantage, not even thinking that in doing so they sometimes are not communicating in the best manner for the other person.

I am fascinated by the insights this can give us. Instead of bemoaning the fact that those in the younger generation are so different, we might need to change our expectations of them and of ourselves. And of course, the differences that result in some using technology more and some less are not just generational, they can also be personality differences or other differences.

This “No calls, Texts only please” speaks volumes!

If others prefer technology over human contact, if we are communicating with them, we may need to use more technology, and I hesitate to even think of this, less human contact. This is an example of using the Platinum Rule instead of the Golden Rule when communicating with others. The Golden Rule is (paraphrased) “Do Unto Others as You Would Have Done unto You.” If the “others” are like you, that may work. The Platinum Rule is (paraphrased) “Do Unto Others as They Would Have Done unto Them.” In essence, treat others as they wish to be treated, which can be different than we prefer to be treated. So, call your friend who is of a similar age, and text your adult children.

Years ago, I heard an interesting analogy of change from a colleague, Marilyn Moats Kennedy, who stated, “The only one who really likes change is a wet baby!” While communication will always be important, the manner in which we communicate has changed in some ways and will continue to change. We will be more effective with others if we move with those changes instead of resisting them.