May 7th I quit drinking anything alcoholic, and I have not had any alcohol since then. I decided that I needed to stop drinking to be able to lose the weight I wanted to lose. I also had thought for quite some time that I needed to stop drinking for other reasons, that it was not good for me. And I loved my wine! Although I occasionally drank other things, mainly Appletinis and an occasional Lemon Drop Martini or Margarita, Chardonnay was definitely my drink of choice. Making the decision to stop drinking was a major change for me. It was not a quick decision to make, nor an easy one. But once I made the decision, it has been relatively easy, for the most part, to stay committed. For that, I am more than grateful.

I stopped “cold turkey,” as “they” say. I missed my wine, but I never “craved” it. It had clearly become a habit, but not a physical habit, or I would not have been able to stop so easily. I jokingly told more than one friend that I was so glad that I did not have to go to AA to stop drinking! I had thought that my drinking was a bad habit, not an addiction that I would need help to cure. But that habit had become an almost daily one, so I was not really sure that I could just stop on my own. And please, do not take this comment about AA as any disparagement related to those who do need AA, or seek its support. It takes more courage and resolve than I had to muster to stop drinking and attend regular AA meetings. I applaud those who are able to stay sober when their journey is much harder than mine. 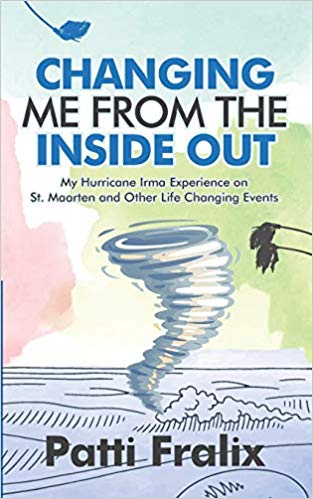 I did not envision my “Big C” when I wrote Changing Me From The Inside Out, but this change is my best example of Changing Me.

I did not really change anything else about the drinking, such as not going out with others who were drinking or expecting others to not drink since I wasn’t. This was my change and did not need to be anyone else’s. While my change has been obvious to others, and is often a topic of great interest, it has certainly not stopped others from drinking around me, nor should it. I have been very clear about that from the beginning.

I miss the social part of drinking much more than the taste. It is lonely to be with others who are drinking and having a good time when I am drinking water or iced tea, although alcohol is not necessary to have a good time. But, as I have said many times, it is what it is!  A few times I have had my diet coke served in a wine glass, and that has resulted in me not feeling so “different.” But I am different. And I admit that I do not really enjoy being in the settings with others who are drinking now that I am not, but it is my choice to be in those places with Mike and/or friends, and I can change that if/when I choose to.

Now that my 90 days are up, I have decided to not start drinking again, although I am not making a forever decision. I am making a one day at a time decision. At this point in time, the only good that comes to me from drinking alcohol is purely social, and that is not a good enough reason to start drinking again. In a future post, I will discuss my lessons learned while on this journey, and there are many.

I have also stayed committed to WW, and have lost 30 pounds, (20 pounds since returning to WW in May and the other 10 pounds since January) and am at my goal. I am convinced that not drinking alcohol has been a big part of me being able to lose the weight.  All those times previously that I said, “I am not giving up my wine!” to lose the weight kept me right where I was, overweight. My weight loss wasn’t just about my change of not drinking alcohol. I was also committed to my weight loss, and for the first time since I lost 30 pounds in 2002, I faithfully attended weekly WW meetings and tracked (wrote down) everything that went into my mouth. 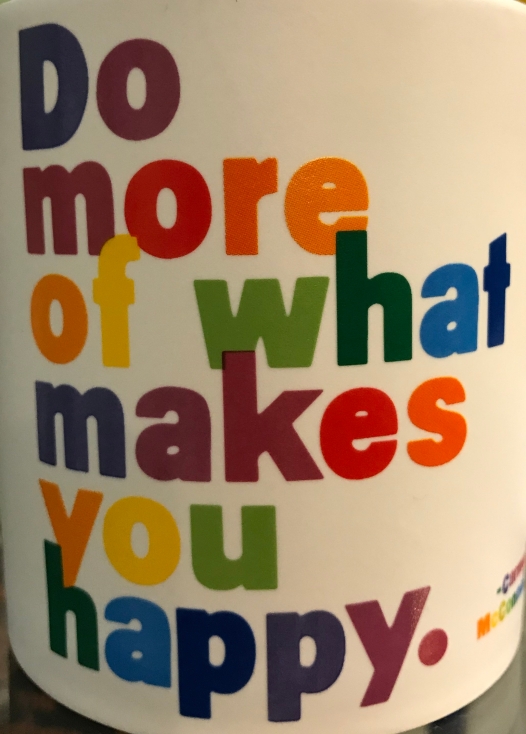 I know that it is harder to maintain the weight loss than it is to lose the weight. Now for the hard part. Although I am committed to keeping the weight off, it takes more than a commitment. It requires not going back to the same behaviors that over time put the weight on. I know that I have to track my eating, or I will lose track of what I am eating, and the pounds will return.

Enough about me. How about you? Is there some nagging voice inside of you that is telling you that you need to make a change? I had that voice inside of me for a long time before I finally listened and did what I knew I needed to do. I am glad that I listened before it was too late. I wish that for you as well.

Patti Fralix inspires positive change in work, life, and family through Speaking, Consulting, and Coaching in three specialty areas: Leadership, Managing Differences, and Customer Service. Her leadership firm, The Fralix Group, Inc., has been helping clients achieve practical and tangible results for twenty-two years.
View all posts by Patti Fralix →
This entry was posted in best self, change, life and tagged 30 pounds, AA, alcohol, behaviors, Changing Me from the Inside Out, Chardonnay, commitment, Do what makes you happy, Fralix, martini, not drinking, overweight, Patti Fralix, The Fralix Group, weight, weight loss, Weight Watchers, wine, WW. Bookmark the permalink.

6 Responses to 90 Days and Counting