This is the time of year that many people are trying to lose the weight they found the rest of the year. Thankfully, I am not on that journey this year.

I have struggled with weight most of my life, and at most times I have been 10-20 pounds overweight. My weight struggles started when I was a teenager, although at that time it was more in the 5-10 pounds overweight category.

On this family trip to Hilton Head in early June 2019, I found a WW meeting so I would not miss a week weighing in!

I married at 19 years of age, and at the end of my first year of college. From my mid 20’s to 30’s my weight was up and down. During that time, I had a child, divorced, and remarried. One of my most memorable times was shopping for something to wear after the birth of my daughter and feeling, and looking, like I was still pregnant. I should have expected that, having weighed 167 pounds (on a 5’ frame!) when I delivered an (only!) 6.7-pound baby. During those years I was on a constant diet. Those were also the years that I became a Weight Watchers member for the first time and lost thirty pounds. I remember the WW plan was lots of tuna and not much else during those years.

July 2019 in Charlotte with one of my heroes, Joshua Becker.

I have always been an emotional eater and one who often ate and drink what I wanted regardless of the calories that I was consuming. Yes, I was on a somewhat constant diet, but I was not committed. Most weeks I would be up or down a pound, not really accomplishing my weight loss goal. While I lied to myself about my commitment to lose weight, the scale told the true story.

This is true at any size!

I did not drink alcohol much during those early years, other than an occasional glass of wine. My mother was an alcoholic and I did not want to take the chance that I could become one. Over time, our social and business life often involved alcohol, and I came to enjoy the taste of wine, and the social aspects of drinking.

Gradually, drinking (mainly wine) became an almost daily habit. From my 40’s-60’s I enjoyed 2-3 (sometimes more, sometimes less) drinks per day. The drinking usually began after 5pm while cooking dinner and ended when I went to bed. I did not think that I was drinking to excess most days, although I was well aware of the health warnings that women should drink no more than one drink per day, and men not more than two. I was not really concerned about this other than from a weight control standpoint, although I should have been. The amount of alcohol I was consuming was not healthy, and with my family history, it was extremely risky behavior.

This is definitely not true for me!

During my 40’s-60’s I was on a weight loss and gain roller coaster. During these years I did rejoin Weight Watchers. I also joined more gyms than I care to count, and since I have always disliked machines for exercising, that plan was unsuccessful. My main exercise was walking.

With friends at the Fashion Scholarship Gala in NYC last week.

The year my oldest daughter married (I acquired a second daughter with my second marriage), I rejoined Weight Watchers. That was 2002. I did not want to be overweight in photos that would be with me and the family forever! That year I successfully mastered my weight, lost thirty pounds, and became Lifetime with Weight Watchers. (Lifetime is a big deal since as long as you do not gain more than 2 pounds and weigh in once a month, you do not pay anything for the plan!) I also proclaimed my weight loss success to all. I had more than food to eat once I found those pounds again that I had lost! I had to eat crow, but at least crow did not have any calories in it! 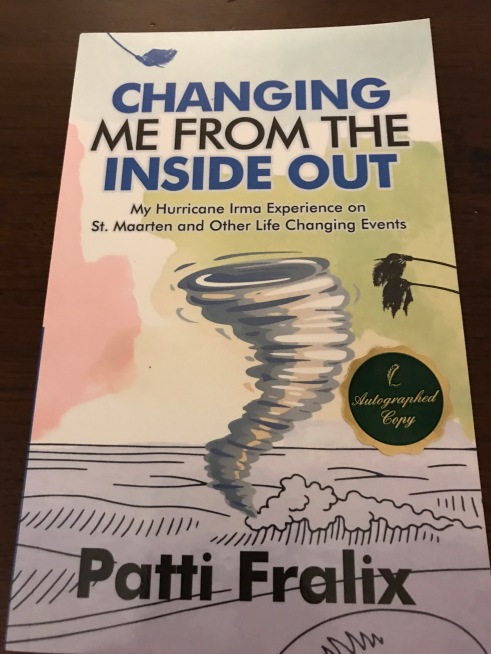 I had no idea the depth of the changes I would make when I published this book in 2018. Available from Amazon.

During those years, I continued to drink, although at times I did try to cut down to save the calories. I was not successful at cutting down. I have found that I cannot do “one and done” with alcohol. So, I continued to eat and drink. I remember saying many times, “I am not giving up my wine!” On May 7, 2019, that changed.

What a difference a day, and a decision, can make.